Dobby was discarded on the side of the road like a piece of trash. We saved him, healed him and gave him his best life ever!

On 23rd December 2017 I was sitting on an aeroplane about to take off for a much needed break. My phone pinged and there was a message asking for help for this poor, emaciated, lost and lonely soul. Dobby was rescued and I committed myself, once again, to helping an animal I had never met. 3 weeks later I met Dobby for the first time.
That day my heart shattered.

That day I was so overcome with raw emotion that I’m finding it hard to even continue to help save lives if our society does not change.

It took me a week to find the will to write his story after meeting him. What I saw were scars and physical damage of intentional animal cruelty and neglect that defies reality. I felt physically ill at the thought of the torment he has suffered at the hands of humans.

He was a skeleton. Unable to walk due to little muscle mass. Hairless. Ears intentionally sliced off and tail docked, most probably with out anaesthesia.

Not only has this boy most probably been purchased from a breeder as a status pet, it would seem he has been caged for his short life with out any exercise. He has been starved. Neglected. Then thrown away because he is, now, of no ‘value’, but more an eyesore and embarrassment to his former human.

Dobby is not alone. He is not the first and he will not be the last. There is a global epidemic happening to all kinds of ‘pets’ and only we, the people, can help those that can not help themselves, advocate for change, educate others to truly know where their pets come from, teach them how to best care for them and encourage others to adopt and stop shopping for pets.

Dobby had a long way to go but he turned a corner, has more love than any being I have ever met, and unimaginable forgiveness.

One thing that has been highlighted for me since meeting Dobby and celebrating his rehabilitation is that we, as community, should not celebrate his healing, but stop this incredulous suffering of animals that is surrounding us.

Support sterilisation, encourage vaccinations, look over your fence and see if your neighbour is doing the right thing by their animals. Speak up if they are not.

Right now I cannot breath from the sheer ignorance shown towards mans best friend. A battle field for so many dogs, on one small island, with a small community willing to help them and a handful adopting.

Mission Paws’ible’s core mission is not to rescue. It is to prevent the suffering, educate individuals, ripple effect a global community and keep hounding that term ‘adopt don’t shop’.

WHERE IS HE NOW!? 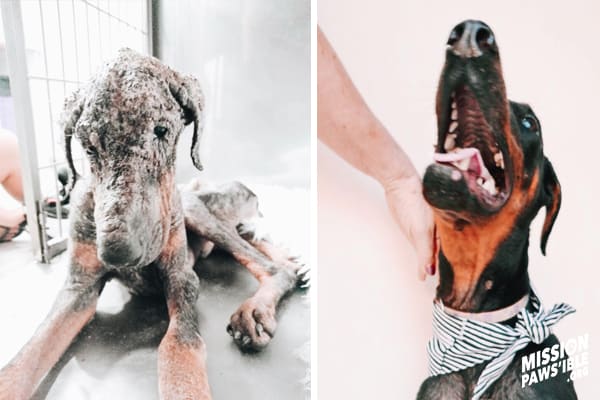 WAY! Ahh, yes WAY!
Holy moly would you look at this handsome hound!

And the story gets better! The ever amazing and oh so beautiful Dobby has been ADOPTED and his home couldn’t be more paw’fect! 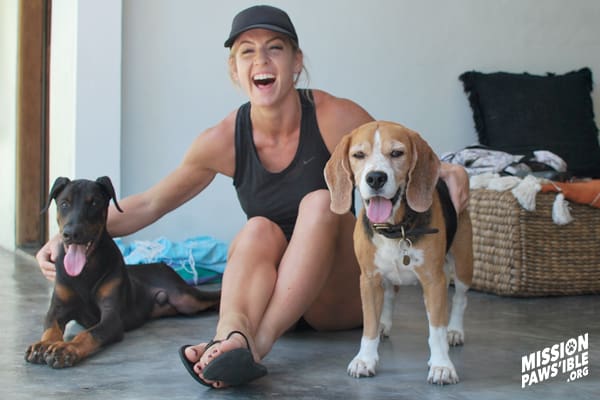 Dobby, now called Baxter, is the much loved and cherished new fur-kid to Finola and Mike, and canine comrade to Archie! Their first meeting was amazing and they are sure to be the best of friends.

Dobby still has some healing to go. His hind legs still give him trouble so he is under going further tests. But, with the dedication of his new family, he will be rehabilitated to the best of anyone’s ability because they are personal trainers and understand the body, how to build his strength, support his spine, legs and get him into premium condition in a slow and steady manner. We really couldn’t have asked for a better home!

Dobby. Wow! You are one helluva pooch! When we first met my heart shattered and my emotions were so confused. I had so much anger for the people that DID this to you, and anger to those that DID NOTHING to help you. I also felt pure love for your amazingly gentle personality and your unconditional love for us humans. You are one of the most forgiving creatures I have ever met. May your future and life be as glorious as you!

TRUE LOVE IS A RESCUED PET!
Adopt don’t shop where ever you live in the world! Click here if you live in Bali.

Age: 18 months at time of rescue