Hero was thrown into a sewer as a bag of bones one dark night. He was spotted by a passer by, then pulled out, tied to a tree and posted on Facebook with a drop pin location.  A mad scramble ensued. We desperately tried to get to Hero before anyone else – dog fighters, breeders or meat traders. He was saved within 1 hour in the dark of night and torrential rain.

Surprisingly Hero was in good form despite his horrendously thin frame. But as his rehabilitation began you could see his back legs were deformed due to caging as a baby and never getting the right food and exercise to build proper muscle and form. He also revealed aggression issues towards other dogs. Maybe he had been used as a bait dog for dog fighting. We will never really know.

Heros recovery was long and his adoption process took even longer. It took 8 months for him to gradually gain weight and to build muscle on his legs.

Months passed and we feared we would never find Hero his one true love that would love him for all his beauty, some body defects and dislike of other dogs. Then Indra and his wife met Hero and it was love! From all the other healthier dogs they chose Hero.

I will never forget the day of adoption. I sat with HERO and quietly asked him if Indra was his ‘one’. He looked at me straight in the eyes, licked my face and walked to Indra whilst I burst into tears. Yep! He found his paw’fect match.

Indra chose Hero despite his part blindness and hind leg deformity. He chose Hero because he had a connection. A connection I can confirm is reciprocated.

Hero is more than just a dog. He is a hero in more ways than one. He has instilled the faith that every rescue mission is possible, loving homes do exist, and love and kindness will always win over evil. Hero has helped many people learn love. He also donated his blood for a little puppy last week and saved his life. A hero from day one and a hero forever.

It’s been 6 months since adoption and HERO is Indra’s world. He calls him ‘anak papa’ meaning, ‘Daddy’s boy’

We couldn’t have asked for a better out come for our gentle giant.

Hero has one of ‘those’ stories of pain, suffering and human disregard but harbours incredible forgiveness and love so genuine and deep for his best friend, Indra, that nothing will break their bond.

Huge thanks to Hero’s supporters and donors, his foster family Ed and Tati, Johnsen and team at Happy Paws, Megs from Playful Paws: Training & Wellness, Karin for connecting Indra to us, Jodie for orchestrating the adoption and of course THANK YOU Indra and his wife for adopting your fur-kid.

Age: 12 months at the time of rescue Sophie was found laying on the road, lifeless. It was touch and go but she pushed through. She is our miracle girl.

She was once a gorgeous puppy but at 8 months old she was suffering a curable yet painful skin condition. Today she is the queen of her castle! Thrown from a moving vehicle, Ellie hit the guard rail and landed on a busy road. It took 5 minuets to save her. Henry was rescued from the street where he had been dumped by his former owner. You won’t believe he just hopped in the car. Putri was found in a local village hairless, thin and scared. But that day her future changed forever! 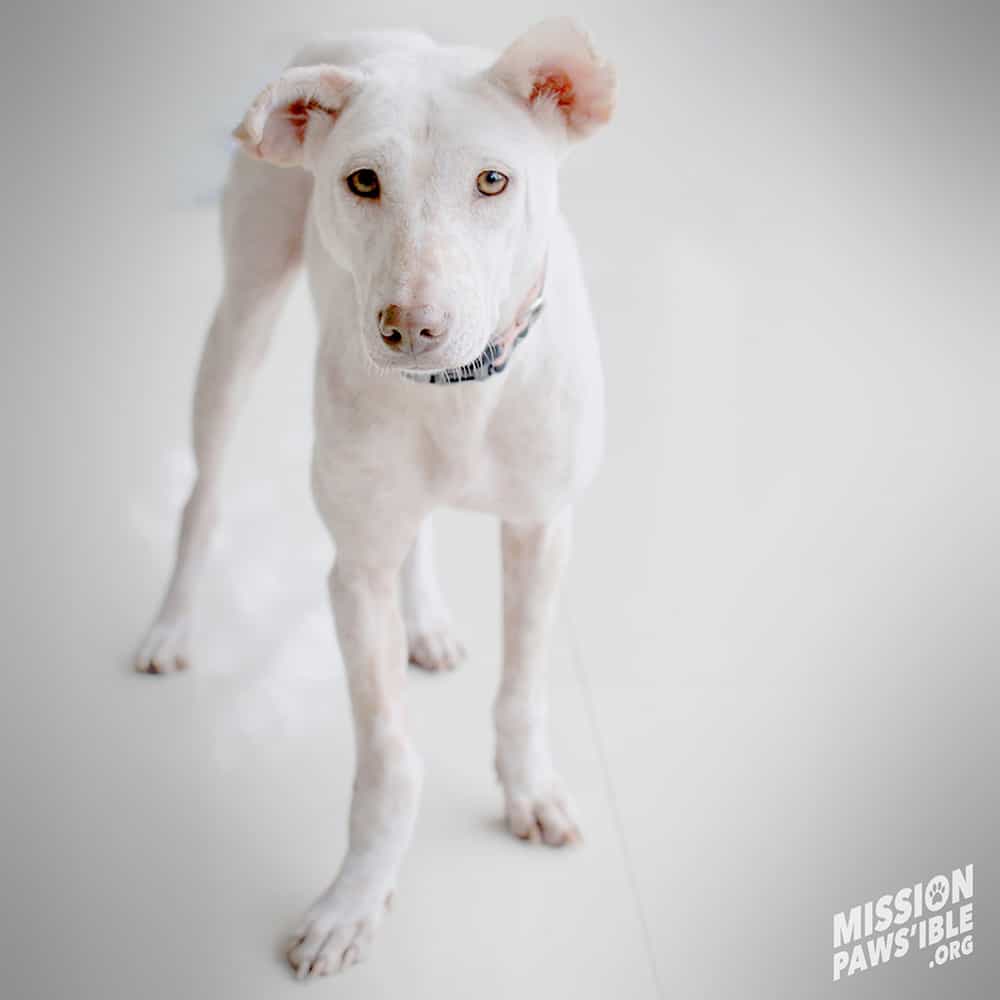 Belle was found wandering a local village with out a hair on her body. You won’t believe her transformation!